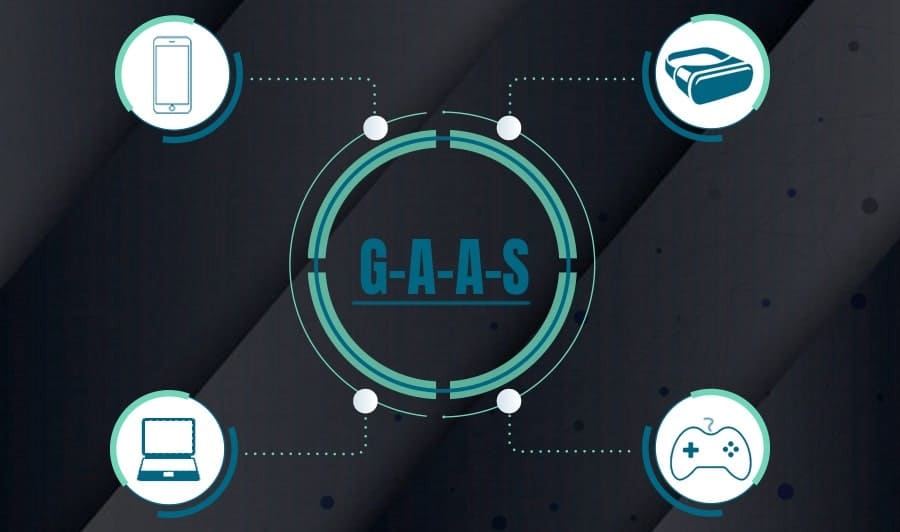 In the similar lines of software as a service, the gaming industry had also brought forward a continuing revenue model – Gaming as a service(GaaS). They release the game for an initial price or free of cost and then monetizes it over time. Unlike the Pay-to-play model, this retains the users’ interest in playing the game for longer times and generate a continuous source of income. One-time game purchase models are tough to sell, prone to severe losses, whereas GaaS based games are future proof. It attracts players, advertisers and investors alike. Today, some of the most popular games are getting released via this model, thanks to cloud gaming.

This revenue model allows developers to make money post its release through subscriptions and in-game purchases, ads, etc. This also allowed them to concentrate on the video game development part of it rather than the financials, as the content in the game can define the long run and lifespan of the game. The advent of this technology helped video game developers and players alike. It created new opportunities for developers by opening doors to cloud integration and streaming games. It opened up a new door for cloud gaming with Massively Multiplayer Online Role-Playing Games (MMORPGs) like Age of Empires, PUBG, etc.

Cloud integration allowed users to play multiplayer games on their phones or PCs or consoles and the developers can have their servers that host those games as a service somewhere distant and stream the game through video codec. They can release new updates on a daily, weekly or monthly basis in the form of missions, events, levels, etc. They can limit the access for these games as a service with subscriptions, manage the players and payments with effective business systems in place.

Unique Billing System: It is extremely important for developers to deploy an efficient and unique billing system that can cater to a wide variety of players of cloud gaming who opt for different plans and pick different offers. These subscriptions of the games as a service can be categorized into 3 types.

CRM is important for any business and the Gaming Industry is not an exception. To increase the number of signups, subscriptions and plans, GaaS based games need to be a proper CRM in place to manage the possible issues in billing, plans, services, in-game purchases and the game itself. A well-organised CRM will increase the trust and support of any user.

Modern gaming is more than just a game, it’s about taking a part in life. Users will want to play GaaS based games, anywhere and at any time. So, it is imperative for video game developers to make games readily accessible. At the same time, they should provide the users with security with defined login authentications. This is where technically adept and professional video game development outsourcing companies like RubixQ come into play. With sound knowledge in the technicalities as well as the market research of what gamers want, they deliver games that are compatible across all platforms without compromising on the quality and content.

There are a lot of developments happening in this modern revenue model in terms of customised plans, less latency in the cloud, enhanced user experiences, etc. Another interesting addition to these is the rise of gaming OTT platforms. Major players in the video gaming industry have already tapped the potential of fully or partially cloud-based gaming services. Google Stadia is coming up with its own subscription plans and so does the XBOX game pass, taking full advantage of GaaS based games. During 2007-2008, Chinese company Tencent was one of the first companies to employ this model. EA Games, in just 6 years of GaaS introduction, increased its market value from $4 billion to $33 billion. With the tremendous growth of these big companies and virtual currency slowly being the norm, more and more developers are moving towards this model by including skippable ads, in-game purchases, tokens, cheat codes, coins, etc for recurring revenue.

Posted in Uncategorized
← The Psychology Behind Game DevelopmentAmazon and its Future Plans to rule the Gaming Industry! →
Scroll To Top