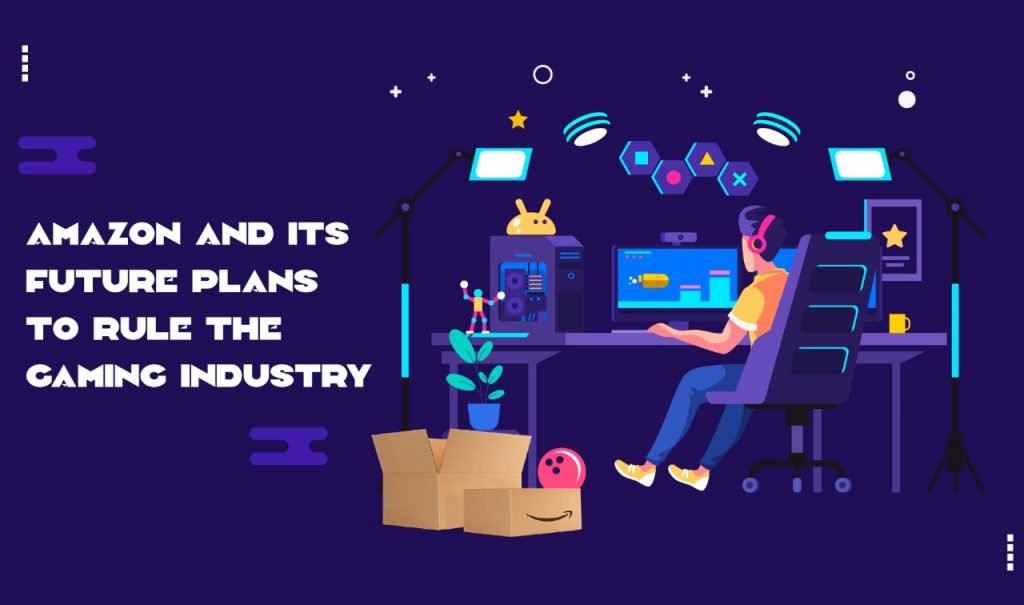 If there’s any industry that’s not only escaped from the COVID crisis but also seen exponential growth in the market value, that is the gaming industry. Amid the lockdown, even the so-called non-gamers also joined the bandwagon of playing online games. This resilience is a result of work from home, unemployment and a lot of free time. With few exceptions, almost all big games have been released on time and received critical acclaim during this period. It can’t get any better for biggies like Amazon to step in and create something huge with the help of video game outsourcing companies like RubixQ.

A world of opportunities

After dominating the digital entertainment, e-commerce, and other segments, Amazon is venturing into the gaming industry by investing millions of dollars to be the industry leader of video games. They want to become the NETFLIX for gaming and get the major share in the multi-billion dollar market. It has launched its games division in 2012 under the name Amazon Game Studios with an initial focus on smaller mobile games. Later, they pivoted to expensive and elaborate PC games. Since then, they have worked on big-budget video games development in-house.

In 2017, Amazon Game Studios gave an awe-inspiring pitch for a lavish and humongous big-budget video game, Breakaway. It is a fast-paced video game that happens on the Royal Dutch Navy battleship. The concept of it sounds like a beautiful amalgamation of two of the most popular games, League of Legends and Rocket League. It requires split-second reflexes, combat strategies, spatial reasoning, etc to succeed in this 4-minute heart-pounding game. They’ve spent a whopping quarter-million dollars to design and develop it. And the result – Breakaway failed to create the mark it was intended to and was cancelled.

The promise of a bright future

Amazon Game Studios spend around $500 million a year which its parent money Amazon earns in a matter of hours. And it is ready to spend a lot more to create a benchmark video game. The company acquired the game development studio that made “Killer Instinct” – Double Helix Games. For a mammoth amount of $970 million, it also bought Twitch, which is now one of the most popular game-streaming services.

Currently, another mammoth game called New World is under development. It would be a massive multiplayer online role-playing game (MMORPG) till day from Amazon Games. It was supposedly set to be released on August 31, 2021, but it is still not clear whether it would release on that particular date. The game will be set in the mid-1600s with its characters looking to colonize a land derived from colonial America in the Atlantic Ocean known as Aeternum Island. According to some sources, the game will be available via a buy-to-play business model with no subscription fee.

After the release of “New World”, they are planning to introduce a string of interactive games on Twitch. Amazon plans to break that virtual wall of people merely watching others play and make them a part of the play. They are also working on their own cloud gaming service through Project Tempo. They have launched Luna which is a cloud-based service that offers games to be played across smartphones, PCs, tablets and televisions. It is their answer to Stadia from Google in the cloud gaming service. They’ve recently collaborated with Smilegate RPG to release Lost Ark. They told that they are committed to releasing the highest quality games, whether they’re developing it or working with some of the best developers from other game development agencies.

Though Jeff Bezos announced his retirement from his position as a CEO of Amazon, he made it clear that the company will give a free hand to the developers to look beyond the horizons of Video Games and streaming services. They are looking at big leaps in both visuals and fidelity. They can use their robust Amazon Web Services (AWS) to their advantage by making it the underlying infrastructure. As Amazon grows its revenue from all other sectors, its expenditure on technology and content will also grow exponentially. With this kind of ever-growing stream of revenue to invest in, only the sky is the limit for Amazon’s video game ambitions.