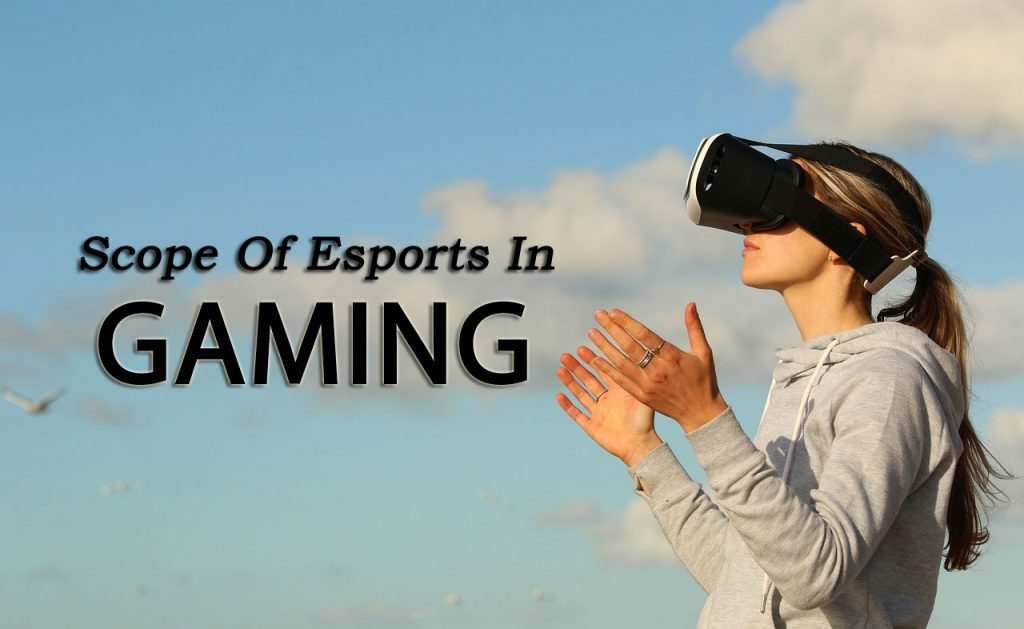 Pandemic has changed the gaming scenario worldwide as all the major sporting events got either cancelled or postponed. This gave rise to the expanded base and increased attention for eSports.  It has got a significant market and new audience, thanks to people looking for entertainment avenues. With the innovations piling up and investments pouring up, the near future of the eSports industry is nothing but blooming.

Innovation:
Esports is a collective term used to describe competitive gaming at a professional level. Though it isn’t a novel concept by any margin, the latest innovations including multiplayer cloud-based plays upped the game in the arena of eSports. Games like PUBG, Call of duty, Counter-Strike, etc, organize numerous tournaments and events that allow professional video game players to make a living by competing against each other and win huge sums of money as prizes. These players are contracted to play for different organizations.

There are calendars for these eSporting events, players can register and viewers can watch the stream of these competitions. Usually, these games include a multiplayer online battle arena with real-time strategies, first-person shooter, fighting and other interactive sports. The technology is expanding every day and seeping its way into the games with virtual reality, 3D, multiplayer, cloud etc, as the video gaming experience has become a transforming and redefining the ways that people consume entertainment. One of the exciting upcoming esporting events includes Season of the 5th edition of ESLs flagship tournament, ESL India Premiership 2020, which will go live from September 18 and will be broadcast exclusively on OTT platform Disney+Hotstar.
Economics:
According to reports, in 2019, the eSports industry hit the mark of $1.1 billion dollars net worth. Corporate giants like Paytm, Alibaba, Tencent, YooZoo Games are investing millions of dollars in the Industry. The popularity of esports is measured in the number of viewers and digital metrics over sold-out arenas or TV ratings. With online tournaments going on across the world, the market size is increasing by value and volume. Along with that, the penetration rate and the average revenue generated per user (ARPU) is also on an increasing graph for a long time.
Challenges:
Though there is a spike in the growing popularity for eSports, the real challenge is whether the leading tournaments like PUBG, League of Legends, counter-strike, etc can ever be a global conversation. Because, the community of gamers and the fans of those particular games are keen enough to carry forward the communication, but the common sporting fans are still aliens to the esporting tournaments. Also, once the situation of COVID becomes normal and the traditional sporting events are scheduled, there can be a puncture to the numbers that we have seen so far.
Scope:
Once it conquers the above challenges as expected, it wouldn’t take much time for eSports to come to the forefront more so than ever. With the internet being spread to nearly every corner of India[a][b], gradually, enthusiasts are becoming professional and part-timers are earning money from it. The paradigm shift in the way people consume media & entertainment and the growth & awareness of esports will also be the catalysts to make the games into revenue-generating individuals and businesses.
According to a recent report by BARC & Nielsen, there clearly is a spike in the number of smartphone game users per week, as it grew from 60% in pre-COVID times to 68% during the lockdown. So is the time spent on mobile games per user per week, as it went from 151 minutes before the lockdown to 218 minutes during the lockdown which underlines the increasing scope of professional gaming. Apart from the rise in participation, thanks to higher income potential, there is also a rise in viewership that contributes to esports revenue.  According to a report by INC42, this revenue is going to grow by CAGR (Compound annual growth rate) 36% in the next 3 years.
Future:
Though there’s a little hiccup with the ban of Players Unknown’s Battleground, famously known as PUBG, there actually is a boom of popular titles like Fortnite, Counter-Strike: Global Offensive, League of Legends and DOTA 2. Needless to say, the industry is at an all-time peak compared to yesteryears. There are many organizations that are ready to invest in building new games and raise the stakes of existing ones with multimillion-dollar rewards. And several independent organizations like RubixQ are lending their expertise in bringing that innovation faster to the market. This can elevate the eSports market in India to the next level in the coming days, so much so that the future of gaming can take a shift.

The technology and infrastructure for the eSports have been growing with multiplayer competitive titles like Valorant right around the corner. Industry giants like Asus, ESPN, BBC have already upped their game with their own titles. Unicorns like Paytm have launched their own multi-game platforms. This surge in the investments also increased the money that has been fuelling these games. Not to forget, the prize money has also seen an upward trajectory. This resulted in the behavioural change of general gamers, as they started taking it seriously.

The unique features, incomparable perks and benefits and the rise in innovation will be the key factors in defining the seemingly bright future of esports across the world. The investment of time, money and technological resources by the corporate giants like Asus, ESPN and BBC will only turn more heads towards it and encourages people and players to change their perspective towards gaming as a career. Considering all these, esports as an industry and as a culture, is carving out a new path towards success in terms of popularity and the multibillion dollar business it unmistakably will become.

Posted in Rubixq
Is Gaming The New Social Networking? →
Scroll To Top