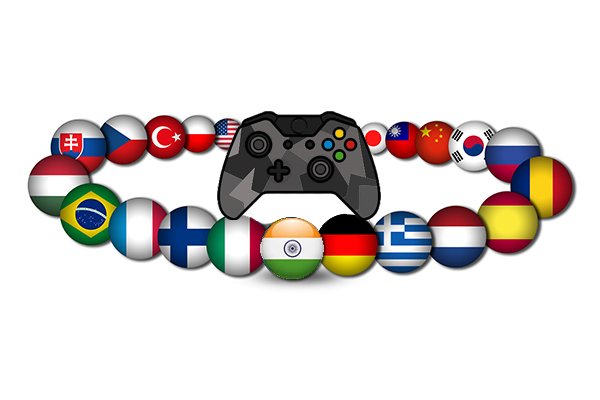 Almost all games are developed directly or indirectly, knowingly or unknowingly from a cultural context of the developers. Localization is a process of adapting a game in a way that players from a particular location can all feel that the game was made for their region. The complexities arise from the inception of the process of localization. There can be different versions of the same game to be released in different locations. And different locations can have different languages, cultures, vibes, people, and localities. In order to tailor the game to a specific audience in a specific region, there are numerous variables like the above, to be taken care of by video game developers. Another layer of this localization is the censorship by governments in different regions. Some don’t accept gore and violence, and some don’t accept AR, some have age restrictions according to the genre, etc.

Why it is important:

It’s always the nuances that make any game addictive to play. It’s these cultural nuances, regional relevances and connecting factors that make you feel more than satisfied after finishing the game. To achieve this level of localization, the game developers need to include art assets, exclusive manuals, relevant audio, appropriate hardware, cutting out and adding different segments of the game according to the relevance. Considering the advantages of it, many developers across the world are working on the same with the help of game outsourcing companies like RubixQ.

The inception of localized games can be traced back to the localization of the Japanese game Puck-man to the United States. They changed the name to one of the most popular games, Pac Man, with altered names, cultural contexts, etc. A noteworthy fact is that India stands second in terms of the smartphone user base in the whole world and has more than 10% of the global gaming audience. Just by that sheer number, we should have got at least a dozen localized global games. But the truth is, we don’t have that many impactful localized games yet. It comes with its own difficulties, though. India is home to dozens of recognized and unrecognized languages and cultures. To satisfy each one of them is a task next to impossible unless planned and organized structurally.

There are 2 methods or production models for deploying localized games. One is a simultaneous shipping method, and the other is a post-gold localization method. Simultaneous shipping method needs a lot of planning, at least the last 4 months of the game development to truly include the culture, context, language and other regional settings into the game. Whereas in the post-gold method, the game retroactively altered to suit different regions and markets.

As much as we welcome foreign games, the experience that a localized game can offer is completely different, especially when the scope to showcase the culture is so huge without overdoing it. One such game is Subway Surfers World Tour 2018 – Mumbai. However, it’s always important to be aware of some sensitive topics that can trigger emotions and sentiments of people. For example, In 2016, Pokemon Go was caught in a petition for placing virtual eggs in sacred places like temples. So, every game developer must consider religious aspects, historical information, and other national elements before including them in their game.

Developers often get confused between translation and localization. A mere translation can never be enough to simulate the regional relevance in a game. The suspension of disbelief caused because of the difficulty in comprehension can always break the immersion experience of players and easily disrupt the gamer’s interest to continue the game. However, localization is not always necessary. It entirely depends on the financial viability, genre, the game’s objective, scope and the setting.

If the genre is fantasy, there’s no point in localizing the game; instead, we have to make the setting as alienated from the reality as possible in that case. According to the teasers and trailers, the Indian counterpart to PUBG, the FAU G is supposed to have Indian locations throughout to give a localized gaming experience. To keep the gamer experience at the forefront and make the gamers feel important, Playstation even announced that they are hiring people to play their video games, test linguistic consistency, the accuracy of locations, etc. When done meticulously, it can easily connect your game to the 2.5 billion video gamers across the world.